Estonia's application for membership of the European Union 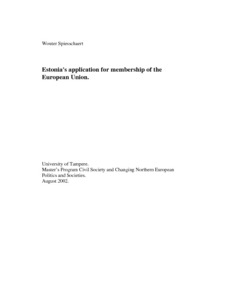 Valtio-oppi - Political Science
This publication is copyrighted. You may download, display and print it for Your own personal use. Commercial use is prohibited.