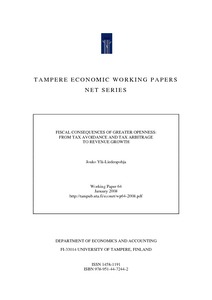 Revenue from corporation tax and taxes on capital income, net of revenue loss from deductibility of interest, as a percentage of the GDP has tripled in Finland over the past two decades. This is argued to result from greater openness of the economy as well as from simultaneous tax reforms towards neutrality of capital income taxation by combining tax-base broadening with tax-rate reductions. They implied improved efficiency of real investments, elimination of tax avoidance in entrepreneurial compensations and more truthful reporting of business profitability. The result was increased tax payments from both corporations and cash flows to the households. The reform cycle brought about new tax arbitrage practices, also analysed in the paper.