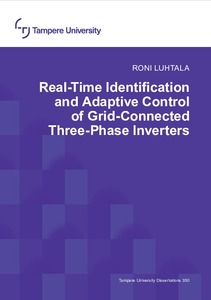 Grid-connected inverters are typically applied to integrate renewable energy, such as solar and wind, to the power system. Therefore, proper operation of the inverters is essential for efficient utilization of the renewable energy. Rapidly increasing the number of grid­connected inverters has started to affect power system dynamics and stability, particularly in areas where the majority of the power is generated through the inverters. One issue studied is the harmonic resonance between the inverter and the grid.