Political regimes and inequalities, what is the relationship? 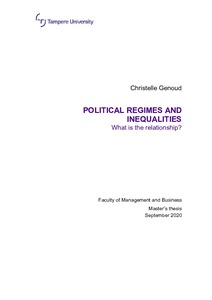