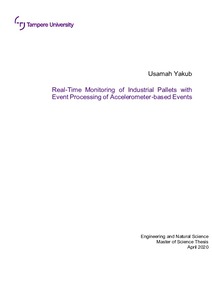 In the current era of the Industrial Revolution, 4.0 everything around is turning towards automation to achieve the ultimate benefit of IoT. Similarly, transformation is also going into the factory scenario. In order to achieve a smart factory or integrate the current factory setup into a more modern and advanced factory setup, the existing setup should go into some changes.
In the context of the Automation pyramid, to achieve the perfect balance and maintain accurate communication along with all the levels of the pyramid, a monitoring system could be beneficial. Monitoring on the factory floor, in general, make sure proper use of resources, and the smoothness in the production.
Many technologies are used to implement such kind of monitoring system. Proper research has been directed to understand the existing technologies used for similar purposes. Especially RFID, Wi-Fi, Bluetooth, and Vision-based monitoring system were analysed in the context of the existing setup at FASTlab, which will be used as a testbed.
In this research, a monitoring system is developed, which monitors the movement of the pallet along the conveyor of a factory line. IoT enabled hardware along with 3-axis-accelerometer has been used to detect motion of the pallets. Later these data were sent through MQTT protocol to a client, which included an event processing algorithm to process these data and detect the production status of the pallet as well as the status of the pallet regarding pallet movement.
Finally, comparisons limitations and achievement of this research are discussed, and the research is concluded.