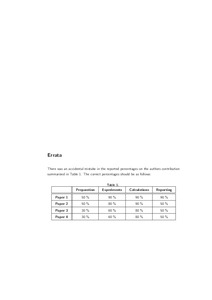 In this work, we study the second-order nonlinear optical properties of two kinds of nanoplasmonic structures. The first part of the study concerns regular arrays of L-shaped gold nanoparticles. The samples are investigated by linear characterization, i.e., extinction spectroscopy, and by second-harmonic generation. By incorporating the e ffective medium theory into the earlier developed nonlinear response tensor formalism, we determine the effects connected to higher-multipolar interactions in the second-order nonlinear response of the samples. We verify the effect of the sample quality on the presence of such multipolar contributions, as well as the effect of the local field enhancement, which is driven by the plasmon resonance.
In the second part of the thesis, we investigate bulk-like materials with symmetry breaking along the direction of the normal to the sample surface. These samples are fabricated with aerosol techniques, which are relatively cheap and time efficient. The symmetry breaking is induced by the structure, i.e. by separating consecutive layers of silver-glass nanocomposite with silica glass. It is shown that after optimization such a structure might be interesting as a second-order nonlinear material. We also develop an analytical model that allows us to estimate the surface nonlinear tensor of such structures. Preliminary estimates show that decreasing the effective thickness of such structures could improve their nonlinear properties.