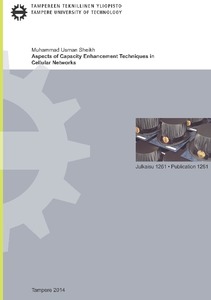 Frequency spectrum is the scarce resource. From mobile operator’s point of view, efficient utilization of the radio resources is needed while providing maximum coverage, and ensuring good quality of service with minimal infrastructure. In high capacity demanding areas, multilayer networks with multiband and multi radio access technologies are deployed, in order to meet the capacity requirements. In his doctoral thesis, Usman Sheikh has proposed a “Smart Traffic Handling” strategy, which is based on user’s required service type and location. Smart traffic handling scheme efficiently utilizes the different layers of the network, balances the load among them, and improves the system capacity. Power resources at base station are also limited. Usman Sheikh’s proposed “Power Control Scheme for High Speed Downlink Packet Access (HSDPA) network” improves the cell edge user experience, while maintaining the fairness among the other users in a cell. With the help of a proposed power control scheme, a user far from the base station can also enjoy the better quality of service.
Generally, mobile operators use macro cells with wide beam antennas for wider coverage in the cell, but future capacity demands cannot be achieved by using only them. “Higher Order Sectorization” is one possible way to increase the system capacity. Usman Sheikh proposed new network layouts called “Snowflake” and “Flower” tessellations, for 6-sector and 12-sector sites, respectively. These tessellations can be used as a basis for making a nominal network plan for sites with higher order sectorization. These tessellations would be helpful for simulation purposes. Through his work, he has also tried to highlight the importance of deploying “Adaptive MIMO Switching” in Long Term Evolution (LTE) system, the fourth generation of wireless networks.
In future, the fifth generation of wireless networks is expected to offer thousand times more capacity compared to LTE. The novel concept of “Single Path Multiple Access (SPMA)” given by Usman Sheikh is a revolutionary idea, and gives a possibility to increase the system capacity by a giant margin. SPMA can be considered as a right step towards 5G technology.
Usman Sheikh’s work is of high importance not only from mobile operator’s point of view; rather his contributions to the scientific community will also lead to better user (customer) experience. His work will definitely benefit the mankind in utilizing the limited resources in an optimum and efficient way.