Application of a Semi-Analytical Method to Model Predictive Control 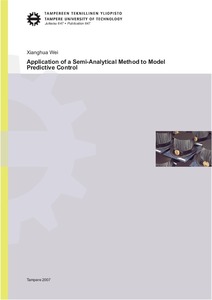 
Wei, Xianghua
Tampere University of Technology
This publication is copyrighted. You may download, display and print it for Your own personal use. Commercial use is prohibited.