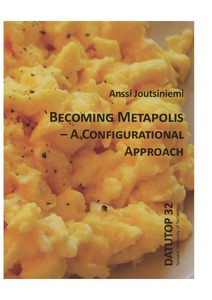 Becoming Metapolis develops the argument that the modern city is a highly diverse and heterogeneous structure, something beyond the traditional idea of the monocentric structures that were developed during the industrial revolution and before. In essence, the modern city is polycentric to the point where its diversity needs to be recognised in the variety of its parts and the structure of its whole. In this sense, the modern city is ‘beyond the polis’ - which indeed the term ‘metapolis’ suggests. To make sense of such structures, the concept of accessibility is developed at many levels, and it is argued that the ideas of space syntax, with its focus on defining the city across many levels in terms of its patterns of influence through the depth of its networks, is a powerful way of describing and perhaps even explaining the diversity that is the metapolis.