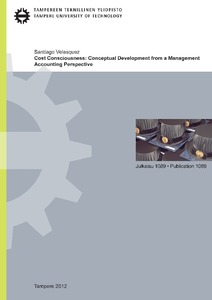 
Velasquez, Santiago
Tampere University of Technology
This publication is copyrighted. You may download, display and print it for Your own personal use. Commercial use is prohibited.