Conceptual design on computer sentencing simulation based on SVM 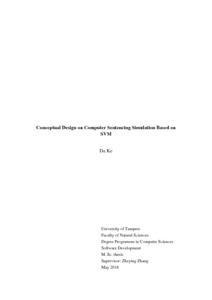 The criminal law in China is a relatively uncertain statutory punishment law, and the judge exercise the equitable discretion within the extent for discretionary action of sentencing. However, influenced by many objective and subjective factors, the punishment imparity exists inevitably. To farthest implement the justice goal that criminal law pursues and get the largest benefit from criminal penalty, the Support Vector Machine (SVM), one of the machine learning method that newly emerged in the artificial intelligence theory, is adopted for the application of measurement method research of penalty in this thesis, and the SVM measurement model of penalty (SVM sentencing model) is presented, which attempted to decrease the imparity in the measurement of penalty through the improvement of sentencing method. Based on the SVM sentencing model as the core measurement method of penalty, the machine learning based sentencing expert system’s general frame is described. Finally, the theft crime is taken as an example, the realization procedures and details of expert system are illustrated.