When actions do not match aspirations - comparison of the European Union policy claims against what has been negotiated for health services, trade and investment 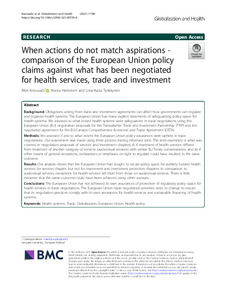