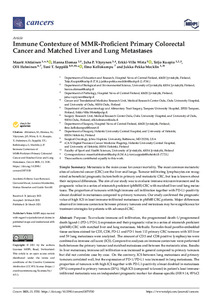 The oncofetal protein insulin-like growth factor 2 mRNA-binding protein 3 (IGF2BP3) belongs to a family of RNA-binding proteins involved in localization, stability, and translational regulation of target RNAs. IGF2BP3 is used as a diagnostic and prognostic marker in several malignancies. Although the prognosis of pediatric B-cell acute lymphoblastic leukemia (B-ALL) has improved, a subgroup of patients exhibits high-risk features and suffer from disease recurrence. We sought to identify additional biomarkers to improve diagnostics, and we assessed expression of IGF2BP3 in a population-based pediatric cohort of B-ALL using a tissue microarray platform. The majority of pediatric B-ALL cases were positive for IGF2BP3 immunohistochemistry and were associated with an increased proliferative phenotype and activated STAT5 signaling pathway. Two large gene expression data sets were probed for the expression of IGF2BP3—the highest levels were seen among the B-cell lymphomas of a germinal center origin and well-established (KMT2A-rearranged and ETV6-RUNX1) and novel subtypes of B-ALL (e.g., NUTM1 and ETV6-RUNX1-like). A high mRNA for IGF2BP3 was associated with a proliferative “metagene” signature and a high expression of CDK6 in B-ALL. A low expression portended inferior survival in a high-risk cohort of pediatric B-ALL. Overall, our results show that IGF2BP3 shows subtype-specificity in expression and provides prognostic utility in high-risk B-ALL.